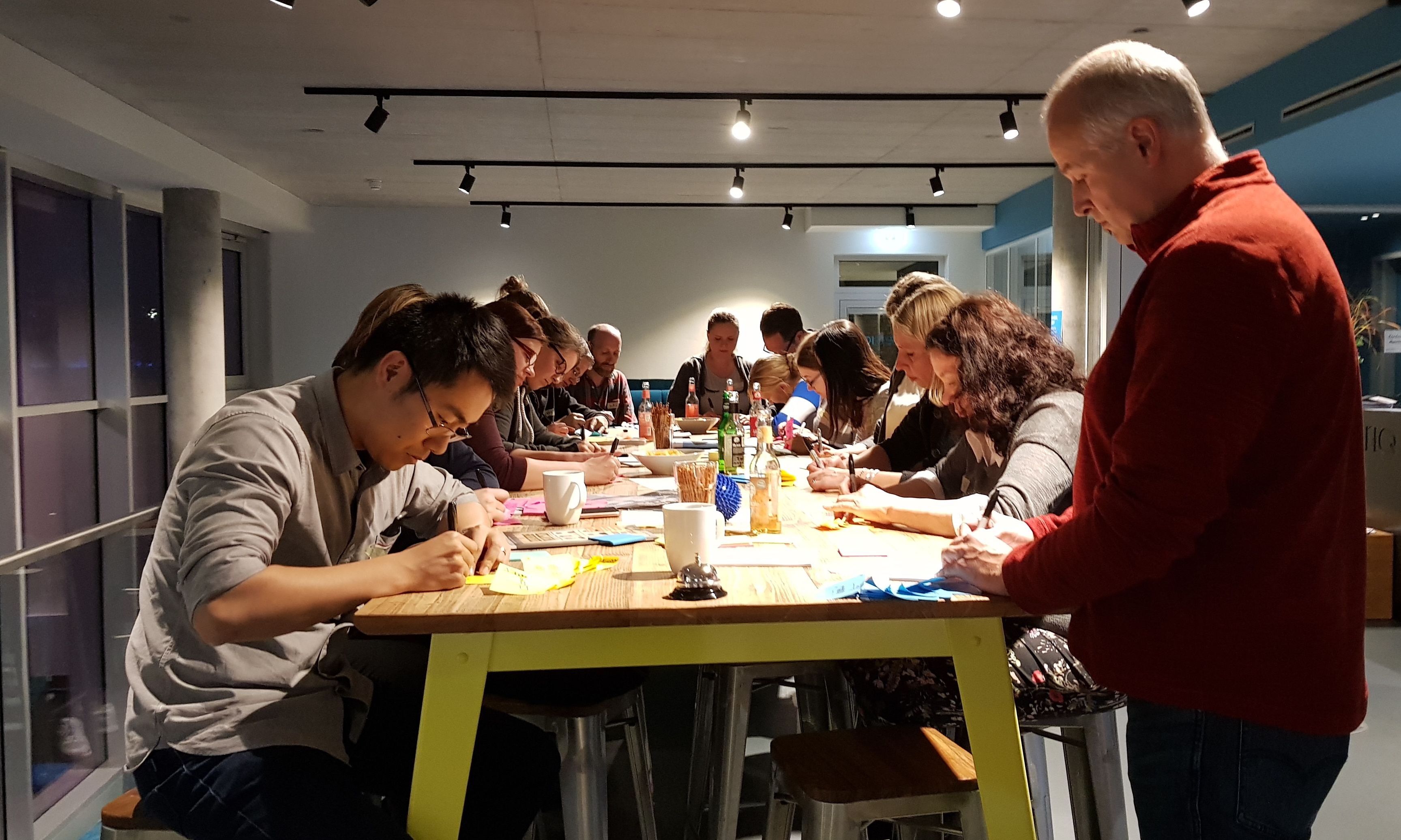 As an Agile Coach, I often use simulations to let a teams experience the theory, especially at training classes. I find these simulations are the best way to let the audience have the aha-effect and gain a deeper understanding of the underlying theory.

I was eager to find more of these so-called serious games, especially on other topics, such as team building, conflicts, business, or science. The Internet has lots to offer on the team building (and warm-up) side, but not so much in the other areas. tastycupcakes.com as probably the primary source for the kind of games I was looking for. Most of the search results lead to rather complex computer simulations. Nevertheless, I was looking for simulations where people interacting with each other in person rather than on a computer. 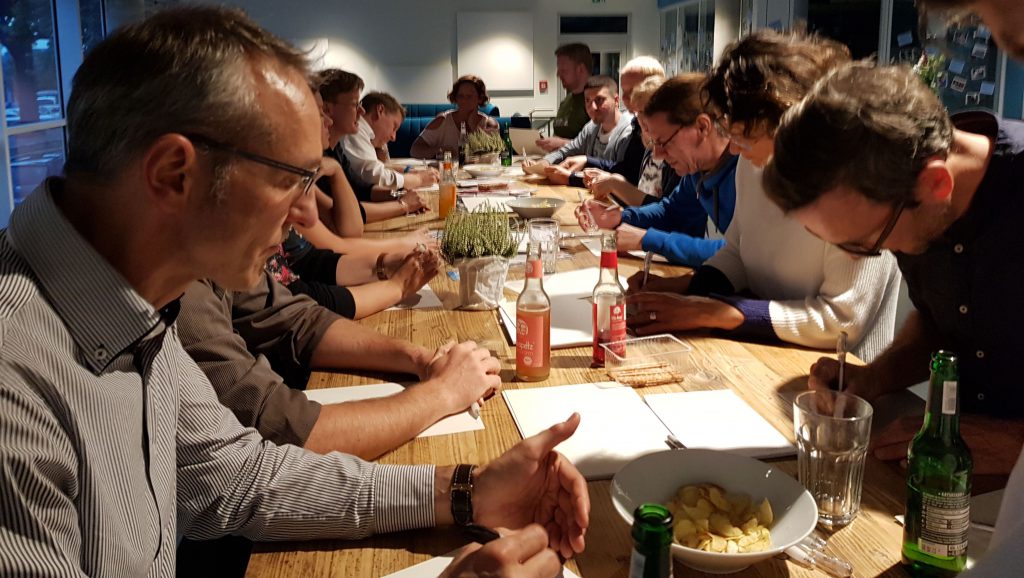 In early 2015 my attention was drawn to an event called #play14. #play14 happens on a weekend and is dedicated to simulations about any topic, organised as an open-space. This means you can introduce and facilitate games, have fun playing them, or even develop your own games. It’s not one of these large events with more than 100 people, but rather a small community of about 20-40 like-minded individuals. The event in 2015 took place in Luxembourg, but I was not able to attend. Fortunately, a spin-off of the event was scheduled for September the same year in London, UK.  Since then, I attended many #play14s in different cities and even co-organised the one in Hamburg this year.

Unfortunately, the last year in London, I was only able to join for one day. And I wanted more of this. I was looking for similar events where I can introduce, learn and improve my facilitation skills, but these events are pretty rare. On my flight back, I had the idea to launch a Meetup about this topic in Hamburg. It would be great to share my enthusiasm with others and offer them the same platform #play14 does but as a monthly event. So I asked Karsten, a fellow coach from Hamburg, whom I met at the first #play14 in London.

As he is a serial player as I am, he didn’t say no. We set-up a Meetup page came up with a name and scheduled our first meet-up. The Learning-by-Playing Meetup was born. This was back in October 2017. Since then Karsten and I have organised 11 Meetups.

In the beginning, the meetup tended to go in a different direction as we intended. Being considered as an open-space for anyone to participate, the audience wanted to be entertained, meaning, Karsten and I ended up introducing games. We didn’t really mind, as we could spread learning-games to a broader audience and practice our facilitation skills. However, after a few meet-ups, core members took the courage to facilitate old and new games. And what pleases me the most: more than 70% of the participants come from the non-agile community. 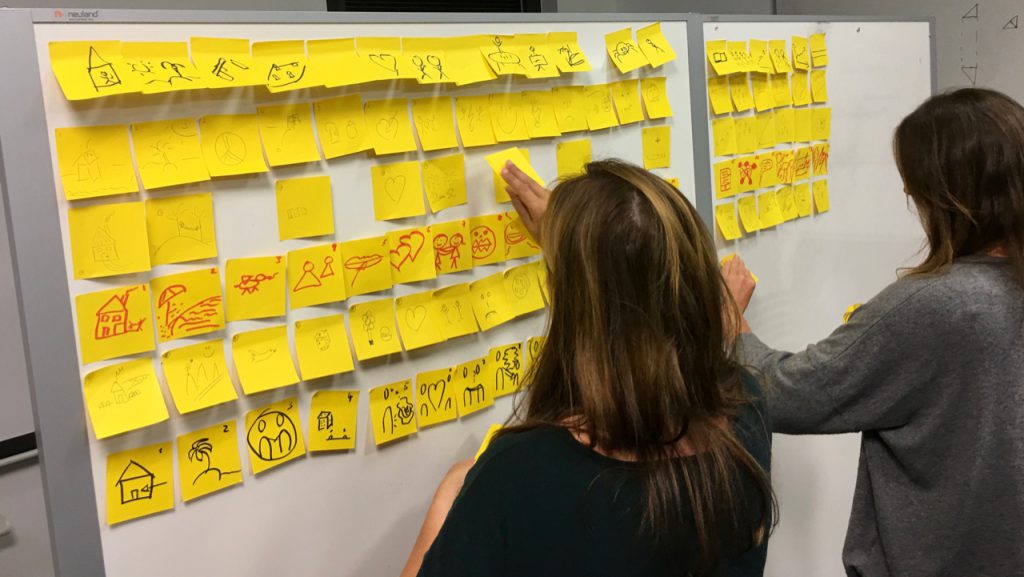 Our 23rd of October, our anniversary meetup took place at holisticon, a well-known software consulting company based in Hamburg. Wiebke, Ina and Cati were brilliants hosts. Many many thanks again for having us. The location is perfect for meet-ups like ours. We are looking forward to be back again next year. I also want to take the chance to thank the previous sponsors: emetriq, sitegeist, Wer liefert was?, Starfinanz / Sparkassen Innovation Hub and car2go.

Our next meetup will be scheduled for the end of November. We are looking forward to see many old and new faces and lots of learning and fun.

You will find many learning games on the following pages

Chris
Agile Practitioner, Trainer, Coach at vividbreeze consulting
Since the late 1990s Chris has been working in different projects for major national and international corporations, small businesses and start-ups, advising companies in areas from software architecture to project management. Chris has been part, led or coached project teams of different sizes. His field of expertise encompasses agile project management, business and requirements analysis as well as technical analysis, design and implementation.

Latest posts by Chris (see all)