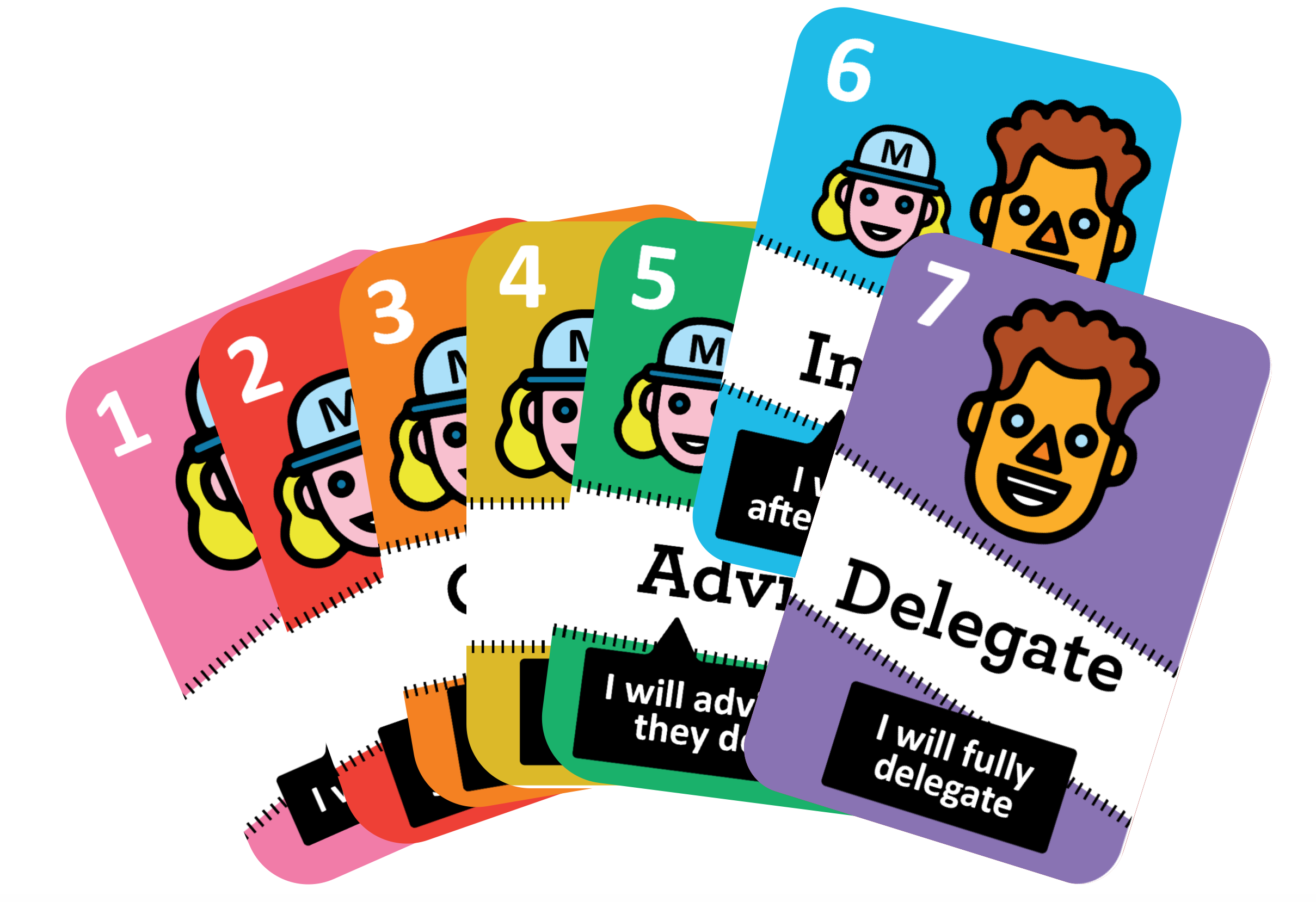 Quite often, I encounter situations where no clear responsibilities are defined between two entities, such as a manager and a team or between two teams. They kind of figure it out when a situation occurs. They prefer to avoid general commitments. This can lead to confusion and misunderstandings, which in turn lead to dissatisfaction and finally to an ineffective and inefficient organisation.

A recent situation was the recruitment of a new software developer, who was accepted by the team but rejected by their superior. This led to dissatisfaction because the team felt it should decide who to hire and who not. Other situations include the tools a team is allowed to use, which trainings they are allowed to attend or who prioritises the backlog in a hierarchy of product owners (I will postpone a general discussion about a hierarchy of product owners).

On the other hand, managers often do not want to hand over responsibility. Often because they see delegation as a binary decision – either I decide, or You decide. They might fear that delegating decisions will make them powerless. This does not have to be the case. You can define intermediate stages of delegation. Based on the different leadership styles from Situational Leadership Theory (Directing, Coaching, Supporting, Delegating), Jurgen Appelo came up with different levels of delegation as shown in Figure 1.

These shades of delegation help managers to gradually transfer responsibility to a team. This way the manager can learn to trust a team, and the team learns to deal with the additional responsibility. The manager assigns more power to the team without totally renouncing his involvement. It is a major step towards self-organising teams.

It’s a bit like when parents give their children more responsibility, e.g. first they bring their child to school, later they allow their child to walk to school with friends, and later they let their child decide how to get to school by themselves. In this journey, the parents learn to trust their child and hence can focus on other tasks. The child itself gains more self-esteem, freedom and independence. It is beneficial for both sides.

Delegation Poker (by Jurgen Appelo) helps people and teams to agree on a level of delegation for key decision areas (Figure 1). Most importantly, while defining these levels of delegation, the participants have a discussion. This, in turn, fosters mutual understanding and empathy.

The levels of delegation of a specific topic range from command on the left end of the spectrum (“I tell them what to do”) to full delegation (“I leave it up to them”) (Figure 1).

I have played Delegation Poker with teams and managers, Scrum Master and their teams, and managers at different organisational levels with great success. It supports mutual understanding and questions long-established decisions. I also experienced that managers are often okay with being advised or only informed.

Original Images of the Delegation Poker are © Jurgen Appelo, Creative Commons 3.0 by http://www.management30.com/

Chris
Agile Practitioner, Trainer, Coach at vividbreeze consulting
Since the late 1990s Chris has been working in different projects for major national and international corporations, small businesses and start-ups, advising companies in areas from software architecture to project management. Chris has been part, led or coached project teams of different sizes. His field of expertise encompasses agile project management, business and requirements analysis as well as technical analysis, design and implementation.

Latest posts by Chris (see all)